On October 8th, 2020 From 4 to 6 pm, a webinar entitled “Iran’s Threat to Peace and Security in the Middle East” host by Mep Fulvio Martusciello and organized by The EU Association for The Defense of Minorities and EPP. For the first time, a webinar was held to bring together Arab and Israeli leaders under European patronage and co-moderated by Manel Msalmi, EU Advisor on MENA issues and president of EADM, and Ruth Isaac head of EU relations on European Jewish Association to introduce both Arab and Israeli high-level speakers. The webinar started with the opening remarks of Mep Martusciello who highlighted the brutality of the Iranian regime on Minorities and particularly the Ahwazis and the need to support the Arab community in Iran who suffer from injustice, famine, water crisis, and inhumane treatment in prisons. He also evoked the ASMLA leaders detained in Danemark mainly the president Habib Jabor and the need to support them mainly after the fabricated charges by the Iranian regime.

Dr Khalaf Kaabi, head of the Foreign Affairs committee in ASMLA organization pointed out the struggle of the Ahwazi community for so many years for justice and freedom and the atrocities that the population went through such as women children, political prisoners. He also congratulated UAE, Bahrain, and Israel for the Peace deal which will shape the future of the region and paves the way for a stable and secure the Middle East. 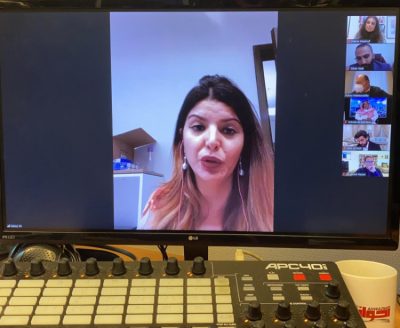 Former MP Jamal Bu Hassan (Bahrain) mentioned the Iranian intervention in the Arab countries. He said that the Arab countries should support the Ahwazi cause against the Iranian invasion “we have 5 countries invaded by Iran Ahwaz/Iraq/Syria/UAE and Lebanon” he said. Lebanon was a developed country and Hezbollah transformed it into an under-developed country. Iran intervened in Yemen through the Houthis and hopefully, King Salman from Saudi Arabia supported the population and saved them from extremism. Iran threatens most of the Arab and Middle Eastern countries. “It threatens our existence as Arabs. They want to eradicate the Arab identity and the Sunni tradition”.

HE Eli Hazan, head of Foreign Affairs in the Likud party mentioned that he is thankful to this webinar which brings together Arab and Israeli leaders and that the peace deal is a historic agreement which brought people into dialogue and that during this pandemic there was a lot of solidarity and support between UAE, Bahrain and Israel. The peace deal is about helping each other.

Dr Anat Berko Former MP at the Knesset evoked her origins as Iraqi and being proud of her heritage and also the need to come together for peace and Security in the Middle East and contain the Iranian threat to the region.

Mr Fouad Mohammed who is an advisor to the Israeli President, is a proud Muslim and Arab. As an advisor, he proposed so many projects to the President to help the Arab community in Israel and Arab countries as well especially during the pandemic. He works at Jerusalem university in a collaboration project with UAE and Bahrain universities. He works to strengthen peace and Security with Arab countries mainly.

Mrs Maria Maalouf who is a famous journalist and TV anchor joined the discussion from Washington DC to speak about Hezbollah and Beirut Blast. “We saw revolutions in Iraq and in my country Lebanon against the Iranian “sectarian project” – which is hostile to the Arab people. 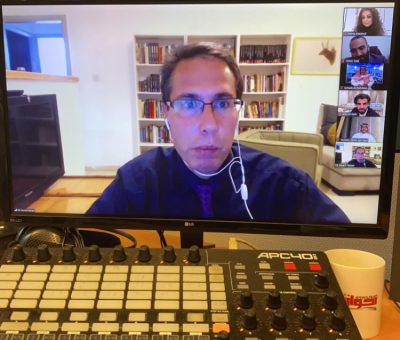 And in my country through its Hezbollah militia.” she also mentioned that in Lebanon they “know that the explosion of tons of ammonium nitrate that was stored in a warehouse in Beirut port killed at least 200 people injured thousands and displaced hundreds of thousands the huge explosion tore apart the most vital residential and commercial neighborhoods in Beirut.

Although no evidence emerged that Hezbollah had a role in keeping 2,750 tons of ammonium nitrate in the port, many Lebanese critics assume that the group was aware of the stockpile because its members are deeply rooted throughout the country’s security apparatus.”

She also said that all Arab countries should support the Ahwazi people who suffer from arbitrary arrestations and persecution “Therefore, we called for the European Union and human rights organizations to monitor and document the human rights violations committed by Iran against the Ahwazis, to monitor the human rights situation, to address the aggressive behavior of the Iranian regime in the region”

Mr Amr Albidh, Member of the presidential council at the Southern Transitional Council of Southern Yemen mentioned that “The role of Iran and its objectives in the Southern part of the Arabian peninsula has for a long time gone unnoticed and it is only with the Houthi takeover of North Yemen in 2015 that for many it has become clearer”. According to him, Iran has had to enhance its influence in different strategic places in the region using different tools.  It has formed strategic alliances with some regional regimes such as the Iraqi and Syrian regimes, consolidated its stronghold on Lebanon through Hezbullah, and has also sought to undermine regimes which it regards as its enemy including Saudi Arabia.

Using a similar strategy to that used in Iraq, Syria, Bahrain, and Lebanon i.e. using sectarian allies to advance its influence. With the support of the Houthis (a Zaydi group close to the hard-line twelfth Shia sect) to take over Yemen, the Iranian regime becomes dominant in the region.

He concludes his speech by saying that “Iran will feel that it has achieved a great deal and will work hard to ensure that the Houthis remain either in full control of the north or at least continue to be an influential and powerful political  force in Yemen and with that continue to use them penetrate the Arabian peninsula countries and cause instability”. 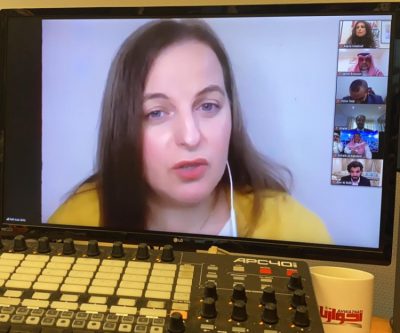 Dr Abdallah Al Shammari, the spokesperson of the Iraqi tribes resisting Iranian expansionism points out the Iranian intervention to create instability since 2003 by killing scientists and skillful people by establishing militias with the pretext to counter Isis but they become terrorists killing the Army and politicians. The security in Iraq is from bad to worse which is not vehiculed in the media. Embassies of UAE, Saudi Arabia, and the USA are targeted after the killing of Soleimani. Most of the political positions are pro-Iranian and with no qualifications. There is a lot of corruption and money laundering. Pro-Iranian militia controls airports, ports, and petrol stations. He concludes that the peace deal is a good initiative to end conflicts between Israel and the Arab world and also to create peace between Israel and the Palestinians. Iran refuses the peace deal and uses the Alaqsa mosque and Jerusalem as a pretext and pretends that they defend the Palestinian cause.

Amjad Taha Journalist and British author from Ahwazi origin mentioned what Ahwazis are living under the Iranian regime including displacement, massive killing, land confiscation, and water crisis. The objective of the Iranian occupation of Al-Ahwaz is to eradicate the Arab identity and destroy future generations.

Finally, after the Qand A questions by Ruth Isaac, closing remarks by Martusciello were really to the point summarizing the main ideas of the webinar and mentioning that “The EU and Israel support and  stand with Minorities mainly the Kurds in Iraq and the success of this project there especially with regard to the current situation throughout Iran’s political geography, and since the struggle movement of Alahwaz initiated the rapprochement of relations and is the party controlling the movement in that region, they can build a fruitful partnership between the two parties”