Tunisian women are now allowed to marry non-muslim men, paving the way for a change in the MENA region.

Tunisian women are now allowed to marry non-muslim men, paving the way for a change in the MENA region.

The feminist movement in Tunisia was one of the biggest movements that helped making the revolution in the Arab world and called for human rights, equality and dignity. It also contributed actively to the democractic transition of the country and to the establishment 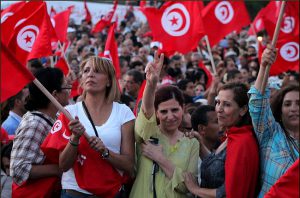 of a democratic political system in the region.

The struggle of Feminist movements is a continuous process since the Era of Bourguiba, the founding father of the country and one the pioneers of the Arab Feminist movement in the Muslim world. Having access to the same mindset and beliefs, president Essebsi promised to continue the fight for gender equality starting by making some fundamental changes and reforms such as the question of equality regarding heritage and marriage.

In fact, the Tunisian government decided Thursday to end up the ban which prohibits Tunisian women from marrying non-muslim men. Despite strong opposition from Alazhar clercs and islamists movements since 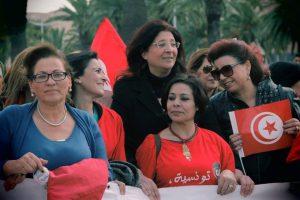 August 13th after the announcement of the new amendments by the Tunisian president at the occasion of the national woman’s day, the country remains determined and committed to implementing gender equality.

Conservative movements and islamists criticize the country by pointing out the economic and political crisis that Tunisia went through but they seem to forget a crucial element that gender equality and democracy are the key factors towards fighting against poverty and inequality. This is how former American president Obama perfectly  put it “you can judge a nation, and how successful it will be, based on how it treats its women and girls”.