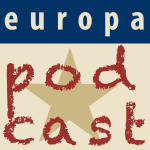 Yesterday March 14th , an international conference took place in Paris in an attempt to ease the tension in the middle East and particularly in the gulf region. The conference was organised by the famous French media “opinion Internationale” and entitled “Getting out of the Gulf Cooperation Council crisis”. The conference began with an introduction by Michel Taube, the Chief Editor of the newspaper who mentioned his objective following this debate organised to open the dialogue between the different parts of the conflict.

H.E. Cheick Saif Bin Ahmed AlThani, opened the panel by focusing on the situation that Qatar lives in after the blocade and the impact of that on education, youth and economy. He believes that his country was a victim of an Arab conspiracy and a social media campaign to tarnish the image of Qatar 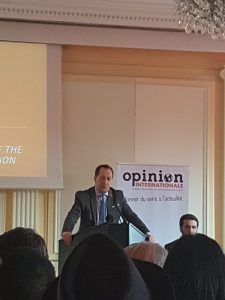 and that the accusations of the neighboring countries are false. In fact, Qatar is implicated in financing Islamist parties in Egypt, Tunisia and other countries of the MENA region which happen to be involved in sending young people to Syria to join ISIS. There have been investigations which prove this involvement but the Qatari government denies these accusations and refuses to recognize its responsibilities.

Faced with this denial and this discourse of victimisation, some civil society organisations wanted to ask some questions to the representative of the Qatari government but the moderator suggested that the panel continues and the debate would be put earlier. Laetitia Saint Paul, French MP mentioned her fascination with the East and her desire to collaborate with the region, Miguel Angel Moratinos, former Minister of foreign affairs stressed the fact that there should be a kind of economic diplomacy to solve the crisis and Bertrand Besancenot, foreign affairs minister Ambassador mentioned the different problems which prevent Qatar from establishing a dialogue with ils neighbors including its implication in financing terrorism.

While the French minister was ending his speech, the Qatari representarive left the room and civil society organisations and journalists were disappointed and frustrated because they were unable to discuss with H.E. Al Thani and have answers to their questions. A situation which left the room speechless and skeptical  in front of a supposedly expert on communication who pretends to be open to the dialogue and ready to negotiate in order to establish peace in the gulf region.