Thursday March 15th, the imam Hassen Chalghoumi was rewarded “le prix de la Fraternité” for his efforts during the previous years as a peace activist and a man working on establishing a dialogue between the different religious communities as well as fighting against hatred, antisemitism and for gender equality and secularism. A great number of prestigious French and international personalities were present at this ceremony held in the French Senate, which is very symbolic. It is a recognition on the part of the French Republic regarding what Imam Chalghoumi has been doing during all these years and his commitment and determination to fight against terrorism and extremism.

The imam paid tribute to all the people who supported him during his struggle including the famous lawyer Franck Sarfati, the Senator Laurent Lafon, the former minister Frédéric Lefèvre, the president of the Israeli consistory Joël Mergui, the president of the CRIF Francis Khalifat, the famous Journalist and writer Marek Halter, the vice president of the conference of European Rabbis Moshe Lewin, the rabbi of the Parisian Synagogue Moshe Sabbag, the famous lawyer and activist Ariel Goldman and Mohammed Izzat Khatab, the Syrian businessman and politician. He also thanked civil society organizations, journalists and activists  who supported him in his actions  mainly Rezk Shehata, Marouan Rwihi, Alain Azria, Fatiha Boyer, Manel Mselmi and his wife and children.

Since 2006, the imam of Drancy has been facing threats from extremists following his brave standpoints regarding the burqa ban and his fight against antisemitism and religious extremism. His organisation “The Union of Peoples for Peace” aims at bridging the gap between Muslims, Christians and Jews. He also organised with the help of the famous writer and activist Marek Halter the first Muslim march against Terrorism in Europe after Paris and Brussels attacks in July 2017. Another march was as well organised with young people from Belgium and Molenbeek in November 2017 to commemorate Paris attacks and to send a message of peace, unity and Brotherhood to France, Europe and the world with an optimistic note and a young Muslim generation yearning for coexistence, love, unity and a better future. 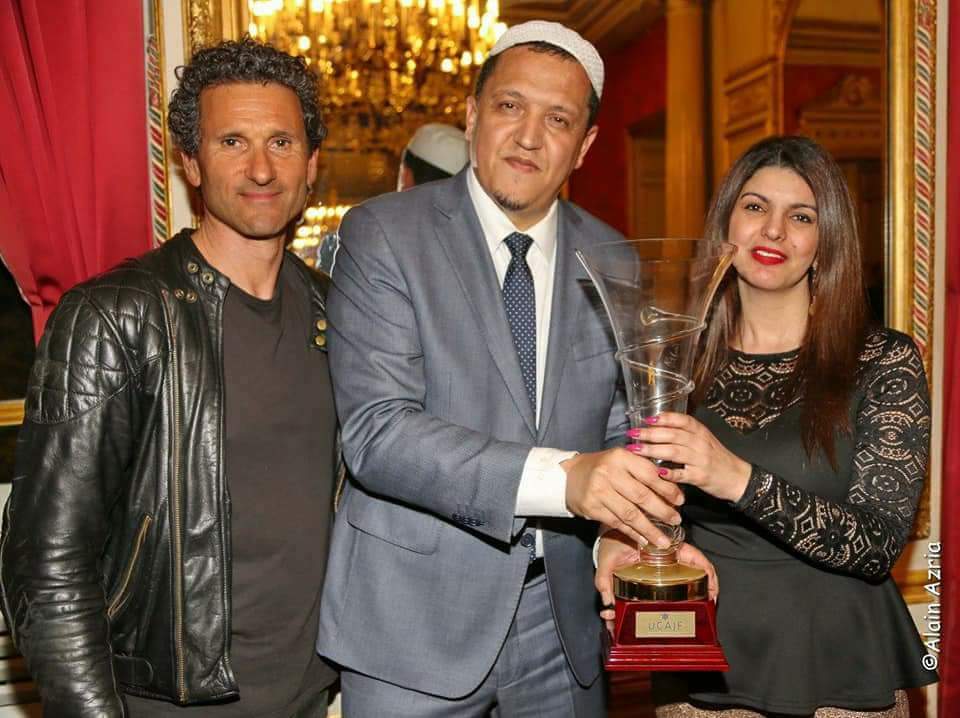