On Friday August 7th, Representatives from the Ahwazi community, the Arab world and civil society organizations made a peaceful protest in front of the Dutch Parliament to show solidarity and support to the Ahwazi leaders detained in Danemark and The Netherlands but also to ask the authorities to release them and give them the opportunity to defend themselves following the Iranian complaints which till now have no evidence. In front of the parliament, a symbol of freedom, dignity, humanity and liberal values, these activists called peacefully for the release of the leaders of Alahwaz, the only leaders who have been working for so many years to defend the interests of their own people against the criminal and inhumane regime of Iran. At the time being, the Ahwazi people are witnessing persecution, arrest and even death penalty only because they call for equal rights and the right to acceed to clean water and food.

Women and children are victims of human rights violations by the regime. Women teachers are protesting everyday for the hard working conditions and children are working to feed their families.

Issa Fakher, a journalist and an activist who has been working for so many years to unveil the truth about the Iranian regime to the world and show  the brutalies committed against the Ahwazis and the non-Iranian minorities. Accusing journalists, free thinkers and academics who believe in human rights and freedom of speech of espionage is one of the techniques used by the regime to silence them.

A lot of academics from Belgium, France etc have been put in jail in Iran. Remember the case of Fariba, the Iranian-French academic detained by the regime for 5 years now. When the regime is unable to arrest free thinkers and journalists in the Islamic Republic of Iran, it accuses them of plot and conspiracy outside.

Europe should be very careful when dealing with accusations from the Iranian regime because it comes from a government that will not hesitate to use blackmail and manipulation whenever it feels threatened, this was the case when Germany banned Hezbollah and when Europe mainly France  showed solidarity to the Lebanese people after the explosion in which Hezbollah is a real suspect.

Europe stands for freedom and human rights, the reason why Ahwazi leaders have chosen this continent to defend their cause. Europe will always stand for peace and truth and support women’s rights and human rights in conflict zones. 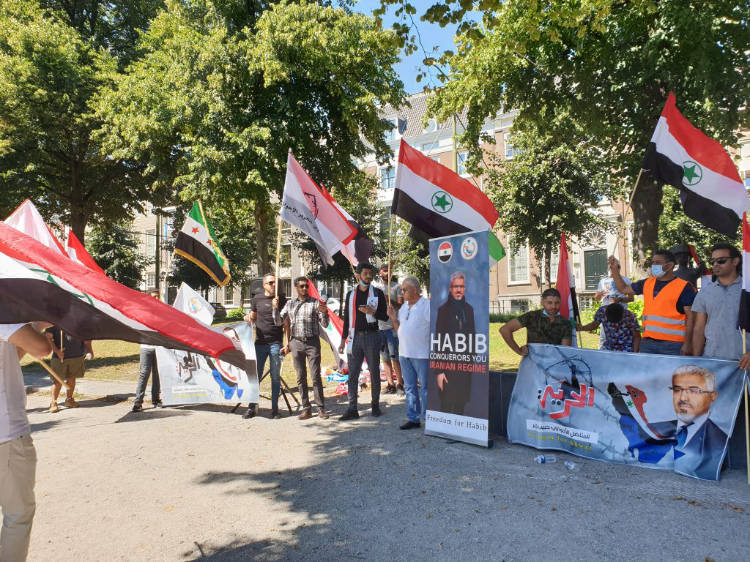