The Truth about the Sahara

The Truth about the Sahara

The international public opinion, for many years, has been observing the situation of the Sahara. This perception was sometimes made through paradigms and prejudices conveyed by manipulators and destabilizers far from what is actually happening on the ground. Forty years after the Green March of the Sahara on November 6th, 1975, which closed the subject of the colonization of the southern provinces by Spain promoting liberation of this region of Morocco, a major analysis becomes necessary on the persistence of the conflict on the Sahara. This diplomatic and political conflict persists on the international stage, but there are absolutely certain facts and truth that should be mentioned as enlightenment.

The legitimacy of representativeness

It should be noted that 80% of Sahrawis live between Layoune and Dakhla and not in the Tindouf camps, while Algeria blocks visits by human rights NGOs, as it opposes the census of sequestered people in the camps. In Tindouf camps, the number of camp population remains unknown as the Security Council census has been repeatedly ignored. The Sahara is composed of two regions led by two regional councils and 33 communes and 1000 councilors and representative  of the population elected through legislative elections. From the Polisario side, we are faced with other Modus operandi to the extent that the Polisario does not operate in election mode and rather organizes a congress of which about 80% consists of the Algerian population; therefore the legitimacy is questionable, if not nihil, as the representativeness of the people is not respected.

Investments in the Sahara

The fishing agreement between Morocco and the European Union allows European fishing boats to enter Moroccan territorial waters in the Atlantic against a financial compensation of 40 million euros per year, of which 30 million euros per year financed by the EU and 10 million euros as a contribution from the ship-owners.  On the other hand it should be noted that Morocco has transformed the southern provinces of a desert with nomads to a real economic model with a budget of 4.5 billion dirhams (MMDH) which were devoted to the financing of port infrastructures between 1975-2015, and several projects took place:

An opening to the world

The Polisario Front opposes any opening of these regions to the outside world for fear that the truth of these provinces will be exposed. All what they aspire to is that the world keeps these paradigms and clichés about his area that they have had for a long time.

Morocco, on the other hands, encourages the opening up of the southern provinces through the launch of special lines connecting these regions to mainly Europe and other parts of the world. The main objective of this move is enable the world to discover what is really happening in these regions, and also to allow accessibility and rapprochement between indigenous people and the rest of the world. Needless to say, this opening process would provide the population there with a robust logistical and infrastructural means especially for the Saharawi entrepreneurs to embark on commercial transactions with the EU in particular. Consequently this will generate benefit, and all aspects of peace and security in the entire region.

The Algerian financial crisis has influenced the Polisario Front, which started to engage with various criminal activities, including the misappropriation of aid from international NGOs and humanitarian organizations. According to the report of the European Commission’s OLAF the Polisario Front has diverted humanitarian and financial aid, approximately 10 million euros released each year, and considerable merchandises that are resold in various souks of Algiers, Mali or Nouakchott (in Mauritania) 1500km  away from their intended destination.

According to reports, the involvement of the Polisario Front in several types of drugs and human trafficking is being reshaped into a regional threat to stability and security. This is by all means a destabilizing factor which can affect Europe.

Several international reports confirm that hundreds of young people of Polisario have today reached advanced ranks of terrorism and are organized in terrorist groups, which raise a serious concern in the region. Additionally, the latest move of the Polisario front where they started joint activities with Iran, Hezbollah of Lebanon has been seen by the  international community as a real shift in the scale of threat to peace and security in this area. Morocco has consequently broken all diplomatic ties with Iran.

Given its strategic political and geographical position, Morocco has for decades been an important ally of Europe. The latter’s stability and security are fundamental elements in this alliance between Morocco and Europe. This position is reinforced by that fact that Morocco is  the gateway to Africa, and that it has been for a long time  the “policeman” or the “goalkeeper”, which helps to monitor Europe’s external borders, to counter or regulate the illegal arrivals of African migrants and refugees, not to mention that many terrorist attacks have been avoided, terrorists have been arrested thanks to the expertise of Morocco in this area.

The UN process is  taking its course, The Moroccan proposal for a statute of autonomy of the Sahara region remains the most equitable and balanced solution where the interest of the population comes first and foremost from where a Maghreb and a Sahelo-Saharan zone stable, safe and secured. Though some parties made of this theme a business to drain the international aid, and involve lobbies at several levels to keep the conflict as long as it’s a benefit. 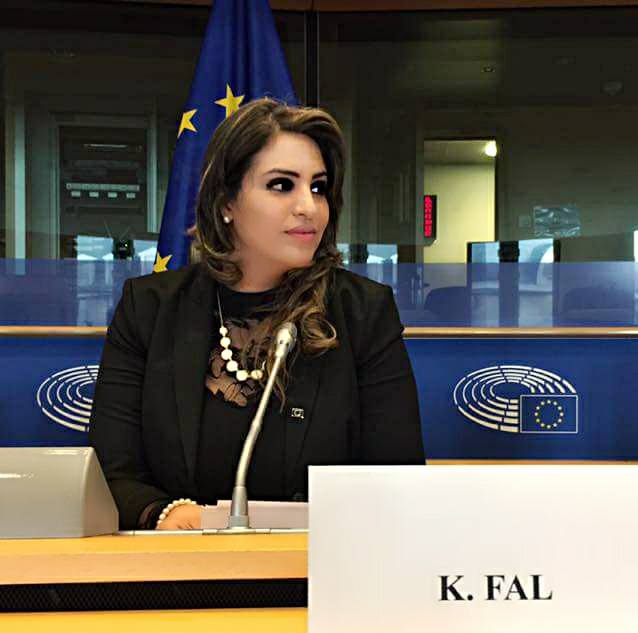