The European Banking Authority (EBA) has just published the results of this year’s bank stress test. A total of 25 of the 48 banks are losing so much equity that they are unable to pay any more dividends. Of the 8 German banks tested, 6 are below this critical threshold. Landesbank Baden-Württemberg has crossed this threshold by a hair’s breadth. Only the development bank “NRW-Bank” can manage it without any problems.

Below Europa.blog documents the comment of MEP Sven Giegold, financial and economic policy spokesperson of the Greens/EFA group to the results of this yera’s bank stress test of the EBA.

The poor performance of large German banks is frightening. The German banks score particularly badly in the stress test, worse than banks in Italy or Spain.

The EBA defines stress as a normal major recession. The European Banking Authority did not even test a severe financial crisis like the one in 2008. Nor has it tested any sovereign debt crisis in Italy, no chaotic Brexit scenario, no contagion effects from the failure of a very large bank, no over-hard interest rate shock. It is very plausible that the things tested will happen in the next major recession.

The stress test proves that Europe’s banks still have too little equity. There is really no question of bank supervisors imposing too stringent capital requirements. Even with a medium economic crisis, many banks in Europe would hardly be in a position to support the economy with new loans. The lobby-driven warnings of excessively high capital adequacy requirements are not in line with reality. Europe should therefore now insist that the so-called Countercyclical Capital Buffer (CCyB) is now fully activated in all countries with a good economy, such as Germany. Here the ECB is called upon to intervene in a coordinating manner.

It is incomprehensible that the results of the EBA’s stress tests were published, but not the results of other 54 ECB-internally audited banks. Here, fair competition and market transparency are prevented by banking supervision.

It remains a stale aftertaste that it is the ECB itself that determines the conditions of the adverse scenario. A steep rise in interest rates was not stressed, nor was a severe real estate crisis. Once again, the ECB has spared itself from a public inquiry into the side effects of its lax monetary policy.

NordLB is by far the weakest bank in the adverse scenario of the stress test, both in terms of risk-weighted assets (RWA) and of the unweighted balance sheet (leverage ratio).

Among the four banks that perform worst according to RWA in the adverse scenario of the stress test are two German banks, NordLB (7.1% RWA) and Deutsche Bank (8.1% RWA).

Furthermore, only a total of three banks have less than the minimum leverage ratio required in the adverse scenario of the stress test. All three are German banks: 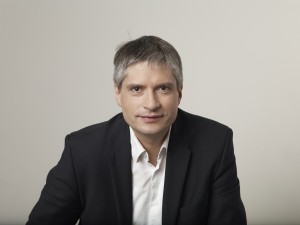