A demonstration took place today on Thursday August 5th in Brussels in front of the European Parliament in with the support of 10 international and European organizations with high level speakers and human rights activists organised by the European Association for The Defense of Minorities to support the Ahwazi community and Minorities’human rights in iran . A letter signed by 10 international organizations was sent to EU high Representative Mr Joseph Borrell to ask for the EU support to human rights conditions in Alahwaz after so many days of uprisings following water shortages and a huge environmental crisis .The speakers were Manel Msalmi Advisor on MENA (to Meps in the EU parliament) and president of the European Association for The Defense of Minorities.Andy Vermaut member of AIDL (l’Alliance Internationale des Droits et Libertés),Patricia Teitelbaum Representative of international Movement for Peace and Coexistence, Gary Cartwright ,a journalist, Editor-in-Chief of EUtoday and human rights activist and Mr Jaseem Alboghobeish ,representative of the Ahwazi community and  from Arab Struggle Movement. 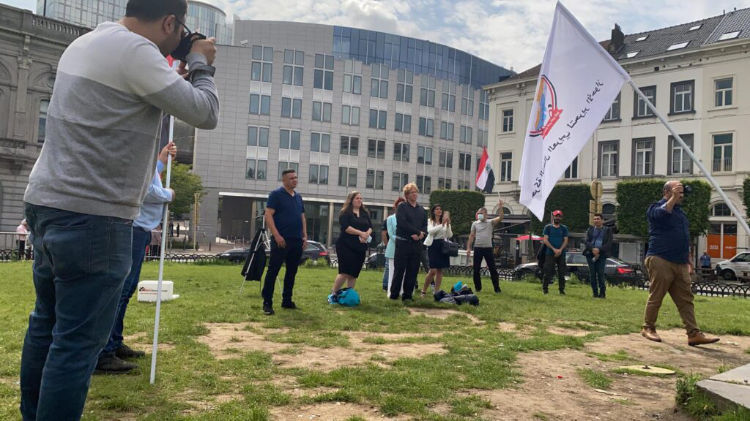 During the past days, protests happened within the Arab-majority province of Alahwaz in southwestern Iran, in protest of the authorities’ diversion of several rivers, including the Karun River, which is that the largest of them, far from their areas, which portends thirst and other dangerous repercussions. The Karun River passes through Khuzestan province, which used to feed the region well within the past, but the Tehran authorities worked to empty it and move a part of its path to other regions within the country, leaving the Arab population facing a water crisis. Alahwaz province, which has an Arab majority region ,is rich in oil and water , but its residents suffer marginalization and persecution from the Iranian authorities. Having access to water is a human right and preventing Ahwazis from getting water and food is leaving them to death and starvation.

In Western Azerbaijan province, northwest of Iran, posters and murals in Turkish were spread, calling to overthrow of the Iranian regime and support the uprisings within the Ahwaz region. It seemed that the utilization of the Turkish language within the posters was intended by the residents of the Azeri regions, in rejection of the policy of national discrimination practiced by the country’s social group between the varied nationalities of the country, and also the preference of Persians over the remainder of the components. 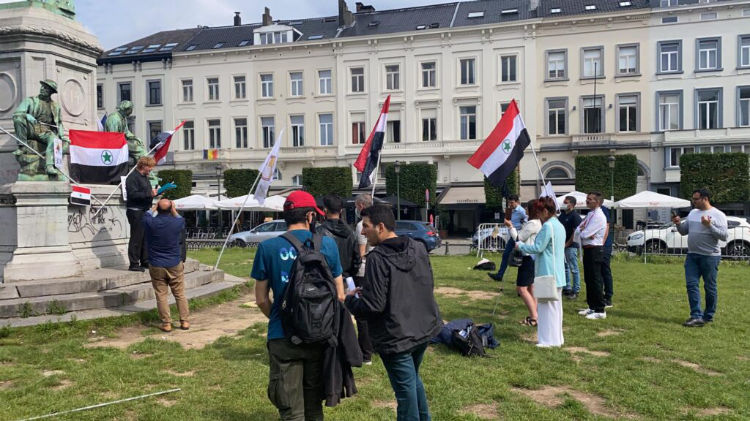 The Kurds fear the identical fate At least three protests transpire within the Kurdish-majority cities of Marivan, Sinnah, and Urmia in western Iran, as protest rallies passed after the Eid al-Adha prayer on Tuesday. The speakers mentioned that the water policy taken by the Iranian authorities towards Ahwaz will soon be used towards the western Kurdistan region in Iran, after news of the Iranian authorities’ intention to divert the course of a river within the area towards the countryside of the capital, Tehran.

The Persecution of the Bahai community In recent months by the Iranian government dates back to decades-long campaign of hate speech and propaganda against the Bahá’ís in Iran, it has reached new levels, increasing in both sophistication and scale. The unfolding strategy to demonize the Bahá’í community is reflected in an exceedingly growing and coordinated network of many websites, Instagram accounts, and social media networks. “History is replete with the victims of grievous crimes incited by hate speech,” says Diane Ala’i, Representative of the Bahá’í International Community (BIC) to the UN in Geneva. “We are concerned that the increasing spread of disinformation targeting the Bahá’ís may signal a severe increase within the persecution administered against them.”

EU To Send Diplomat To Iran To Attend Raisi’s Inauguration. the European Union (EU) has decided to send the Deputy administrator of the ecu External Action Service Enrique Mora to Iran in the week as its representative at the inauguration of Iran’s new President Ebrahim Raisi. Mora has been playing the role of coordinator of the Iran nuclear talks in Vienna. 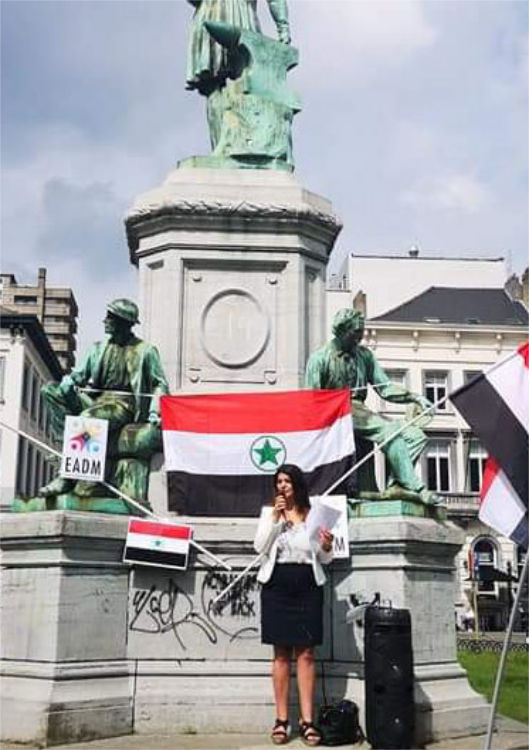